Agroecology and research, an essential combination: mapping and analysing the European, transnational and national research projects, programmes and Institutions

Agroecology (AE) which is based on an integration of scientific discipline, agricultural practices, and social movement (Wezel et al. 2009) represents a collective-action mode for challenging and contrasting the dominant agri-food regime and creating more sustainable alternatives (Levidow et al., 2014). Nevertheless, AE is also adopted by actors who promote conventional agriculture and for this reason, it can play a non-transformative role by being more conform to the dominant regime. Amongst the broad range of topics identified in European AE research (Wezel et al., 2018), some research approaches are more in line with the dominant agri-food regime, while others better integrate the participation of different actors and promote a territorial development with a wider transformative role. The two different roles of AE and the related applied research strategies can lead to very different outcomes in terms of the emerging socio-technical system.

To assess how AE is understood and perceived by research planners and designers in Europe, and to characterize the implementation of AE elements in various European countries and institutions, AE4EU (within Task 1.3) intends to map projects, programmes and institutions involved in AE research at national, transnational, and European levels.

Projects, programmes, and institutions mapping activities have already started. Data relating to the European and transnational levels were obtained through desktop research. Specifically, CORDID and EURAKNOS databases were used for the European level, and ERA-LEARN and Organic e-prints for the transnational initiatives. The information on the national level was provided by relevant key informants such as national funding agencies and bodies, and AE4EU partners. A provisional database with the collected information was released to European Commission at the end of October 2021 and the first obtained results were also presented and discussed with the Task Force “Research and Innovation” of the Working Group of Standing Committee on Agricultural Research (SCAR-AE). The AE4EU objectives, the methodology implemented and first results on mapping activities were also presented in an Italian workshop on “Crop diversification, agroecology and CAP: synergies and opportunities” (https://www.firab.it/video-presentazioni-seminario-diversificazione-colturale-agroecologia-e-pac/) organized by CREA (Council for Agricultural Research and Agricultural Economics Analysis) and FIRAB (Italian Foundation for Research in Organic and Biodynamic Agriculture) at Rome (IT) in November 2021.

The database on projects, programmes and institutions will be continuously updated with newly collected data and its final version will be released by June 2022. The database has a dual purpose. It will be used to perform a network analysis for mapping and measuring research relationships among European countries and identifying potential clusters. Furthermore, some of the collected information (specifically the email contacts of project coordinators and programme leaders at European, transnational, and national levels) will be used during the next months to implement the second phase of the methodology where different online surveys will be conducted to understand more deeply how agroecology is implemented by the scientific community in each country and Europe. Indeed, three different surveys will target: 1) the coordinators of the national, transnational and European research projects related to AE identified in the database to get information about project features and the implementation of AE elements; 2) the leaders and secretariats of the national, transnational and European research programmes which deal with AE to understand how agroecology is perceived by the funding programme designers and how these programmes promote agri-food transformation through AE in Europe and the different European countries; 3) any researcher involved in AE in public and private research institutions to gain a better understanding of potential opportunities and obstacles for AE research.

The structure of the three surveys has already been defined and implemented in Google Form. The access links for filling in the first and second survey will be sent directly by email to the project coordinators and programme leaders, while the link of the survey for researchers involved in AE will be widely disseminated.

This survey is already available and ready to receive answers at:  https://forms.gle/ieRYhgF4Ab5Lx2ok7

The data and the information collected through surveys will be analysed to draw a comprehensive and state of the art picture of the implementation of research in agroecology in Europe, how it is coordinated at the European, transnational, and national level, and to identify the needs for future cross-collaboration between Countries and networks. The analysis also aims to identify opportunities and obstacles experienced by researchers and programme leaders and to recognize the principal changes needed to better support AE research in Europe. A cross-analysis of the information and responses provided by the different three surveys will be also performed with the aim to highlight both the inconsistencies (for example between the programmes and the projects funded by those programmes) and the different points of view of the involved actors as many of the questions reported in the three questionnaires concern the same topics.

In parallel to project, programme, and institutions mapping activities, AE4EU has just begun to develop a methodological framework to identify the research needs for AE, combining the view of researchers with the research demands from farmers (taking into account both the agroecological farmers and the ones in transition toward agroecology) and the expectations from the civil society. These activities will be implemented by seeking synergies with the actions foreseen for the definition of the Strategic Research and Innovation Agenda for the partnership on agroecology (SRIA-AE) developed by the Standing Committee for Agriculture Research (SCAR). The information acquired will be systematised and analysed to identify common elements and peculiar research trajectories, and to provide recommendations for future research planning. 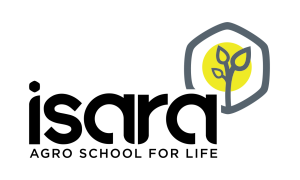 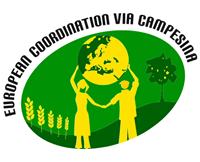 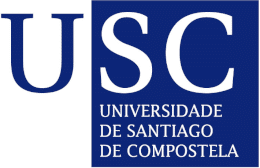 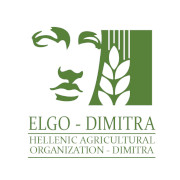